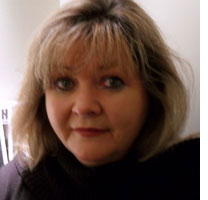 During this Podcast, Cindy talks about...

Approximately two years ago, Cindy Freeman left her full time position as a Sales & Marketing Manager for a local radio station and started her own business with 'MyPlankton Australia' - a division of GFMP.
Cindy lives on the Gold Coast and is the number one distributor for ForeverGreen in Australia and New Zealand.

ForeverGreen was established in the USA in 2004 with its main product being FrequenSea – which is derived from marine-phytoplankton.
The company is currently represented in ten countries – having launched in Australia and New Zealand in October last year.

Cindy’s background has been in Sales, Marketing, Promotions, Hospitality and Event Management for eighteen years.
Until just recently, she was the full-time Sales and Marketing Manager for a local radio station on the Gold Coast.
Her weekly income now (in less than two years) is greater than what she was earning in her previous job.

She has a four-year plan to be financially-free and earning a six-figure income by March 2010.